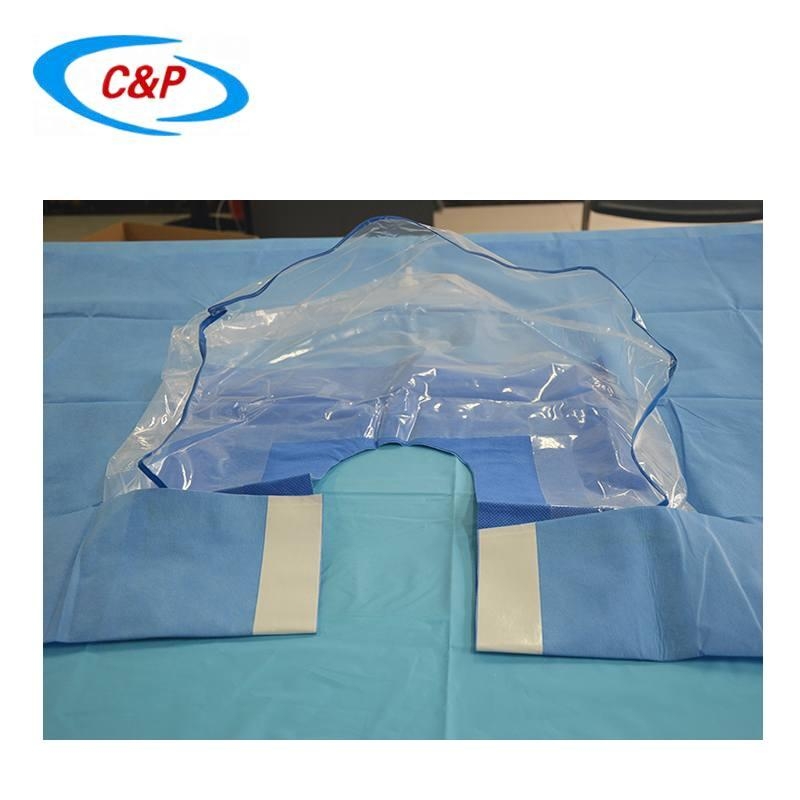 The patient lies on the operating bed in a beach chair position. After routine disinfection of the the affected upper limb, a U-shaped sheet was taken. The U-shaped opening was downward from the head and shoulder of the patient to the armpit of the affected side. The release paper around the U-shaped was removed. The double-sided adhesive tape was tightly pasted on the shoulder and armpit of the patient, and the U-shaped sheet was spread to cover the operation area, that is, the head, upper limb and back of the patient. Take another shoulder surgery drape, wrap the U-shaped opening from the affected side under the armpit to the shoulder, remove the release paper around the U shape, and make the upper part of the shoulder surgery drape circular and close to the patient’s shoulder and armpit, cover the operation area. Arrange the foldable metal aluminum strips at the opening of the liquid collection pouch to make the opening of the liquid collection pouch in an oval shape and the pouch body is in a three-dimensional shape. The central suction device was connected with the discharge valve on the liquid collecting pouch, and the body fluid and blood generated during the operation flowed into the pouch along the opening of the liquid collecting pouch, and then flowed into the central suction bottle.

1. Simplify the procedure of sheet laying and fundamentally solve the problem of waterproof during operation;

3. It reflects the high quality nursing in the operating room.