The fenestrated drape is the surgical drape specially used to perform surgery on specific parts of patients. There are holes for specific operation positions on the surgical drape. The surgeon only operates on the preset hole position. The fenestrated drape can be used to avoid cross infection between patients and medical staff and achieve the highest efficiency and best effect in the environment of avoiding cross infection between patients and medical staff Operation: because the design of fenestrated drape is for special operation, it not only takes care of the patients, but also protects the doctors who do the operation. 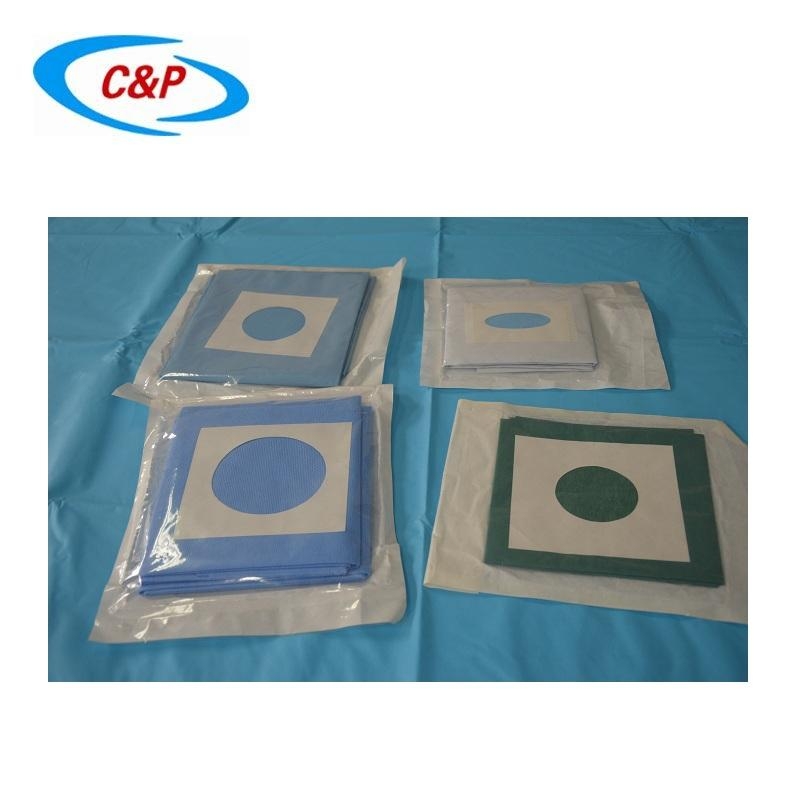 Because the new surgical fenestrated drape uses a lot of new polymer materials and new materials, it can be used in modern mass production and in various conditions and environments. Because it is disposable, it can protect and prevent cross infection between patients and medical personnel, and it is convenient and effective to use. It is widely used in hospitals in developed regions or countries Consumables.

The new type of fenestrated drape has many advantages. According to reports, the number of fiber debris and dust produced by disposable fenestrated drape is only one twelfth of that of traditional cotton cloth, greatly reducing the chance of bacterial infection. In addition, it has been reported that more than 2000 cases of surgical operations have been followed up for 21 months. The results show that the infection rate after operation is 2.5 times lower when using disposable surgical clothes and surgical hole scarves than when using the traditional surgical protective articles repeatedly.